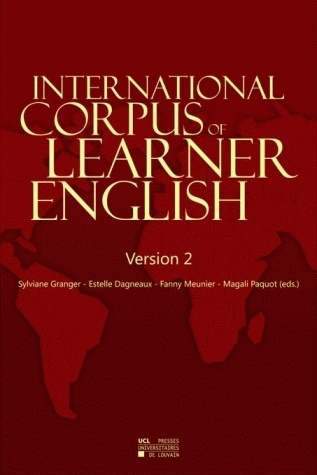 For non-profit educational purposes only.

An extended web-based version of the International Corpus of Learner English will be released in December 2019.

The International Corpus of Learner English (Version 2) is a corpus of writing by higher intermediate to advanced learners of English. It contains 3.7 million words of EFL writing from learners representing 16 different mother tongue backgrounds (Bulgarian, Chinese, Czech, Dutch, Finnish, French, German, Italian, Japanese, Norwegian, Polish, Russian, Spanish, Swedish, Turkish and Tswana). It differs from the first version published in 2002 not only by its increased size and range of learner populations, but also by its interface, which contains two new functionalities: built-in concordancer allowing users to search for word forms, lemmas and/or part-of-speech tags and breakdown of the query results according to the learner profile information.