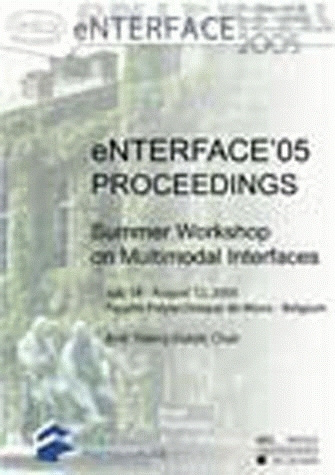 What are eNTERFACE workshops?The eNTERFACE summer workshops ( www.enterface.net ), organized by the SIMILAR European Network of Excellence, are a new type of European workshops. They aim at establishing a tradition of collaborative, localized... Lire la suite